Reasons why you should visit Iran 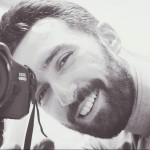 I’ve been in Iran in 2014 and before I went there, many of my (ignorant) friends were like: „Why the hell would you want to visit Iran? It’s in the Middle East and you know how things are over there. It’s too dangerous, they’re extremists and they’ll make you cover yourself up from head to toes”. But  I can honestly say it’s been one of the most interesting trips I ever took.

And let me tell you why you should visit Iran:

People in Iran are some of the friendliest and welcoming in the world. They’re curious, respectful and always eager to help.

Let me give you some examples: we asked a guy for directions in Tehran, and not only did he took the time to walk us to the bus stop and explain how we can get to where we wanted to go, but he also paid for both our bus tickets and didn’t accept the money we tried to give him.

One guy even gave me a ride on his motorcycle to take me to a shop where I could buy cigarettes in a small village in the middle of the desert. We used couchsurfing in every Iranian city we went to, and people always went out of their way to make sure we have a nice time in their country.

Because internet censorship is somewhat of a problem in Iran and outside information isn’t always that accessible, everyone was curious about how things are in our country, eager to know more about our way of life.

Hospitality is an essential trait in Persian culture and Iranians seem to all believe that „A guest is a gift from God!„.

When thinking about Iran, many people think there’s nothing to see but desert. A lot of the territory is indeed desert, but there’s also mountains and seaside. You could go skiing 1 hour away from Tehran, and go swimming in the Caspian Sea, 1 hour further north.

Or in the south, in the Persian Gulf. The beaches don’t even begin to compare to the paradise in South East Asia, for example, but the rest could really be breathtaking.

One of the most important center of Persian architecture is Yazd. It lies in the middle of the desert and because of it’s surroundings, it’s a unique city, having one of the largest networks of qanats (underground channels used to transport water from an aquifer under a hill) in the world. It’s also one of the oldest towns on earth, according to Unesco. We had a wonderful time getting lost in the narrow-street maze of Yazd, surrounded by old buildings made out of sun-dried mud bricks, It was so quiet and beautiful, a truly special experience!

Nasir al-Mulk Mosque in Shiraz is another example of great persian architecture. From the outside, it looks just like any other mosque, but it hides a colorful secret. The stained glass windows turns the inside into a vivid and spectacular kaleidoscope.
Pro Tip: The best time to see it is early in the morning!

As a foreigner traveling to Iran, you’ll be pleasantly surprised to find out almost everything is dirt cheap. 50 cents for a pack of cigarettes, under 15 dollars for a double room in a decent hotel, 25 cents for 1 litre of gasoline, any meal for under 5 bucks, now that’s a bargain.

5. Discovering the iranian lifestyle is fascinating

One of the aspects of persian culture not many people are aware of is Taarof, the „art” of excessive politeness. Taarof is best described as a play of words between the offerer and the recipient until one of them agrees. It is an Iranian cultural phenomenon in which you refuse something that is offered to you more out of politeness and not wanting to come across as greedy.

We got to witness this whole ritual (that can go on for several rounds) in many occasions, even with taxi drivers who didn’t want to take our money for the fare before we insisted.

Also, it was very interesting to find out that Iranians are not how we expected. Many of them disagree with the way their country is being governed, many oppose hejabs, many of them have a bottle of alcohol in their home, even though it’s illegal, young people are very attracted to the western way of life, they dance and they party. But all of this in the privacy of their homes. Out in the street, that’s a different story, which somehow reminds me of the stories my parents used to tell me about the way things were in Romania under the communist dictatorship. Like Romanians before the revolution in ’89, most Iranians have learned to live under the thigh control of the regime, while staying true to their beliefs.

If you’re an open-minded person you should definitely plan a trip to Iran. I’m sure you’ll have a great experience, very different from what you might hear in the media, because politics and reality are not the same thing. It’s one of the safest, nicest and fascinating places we’ve ever been to.